Since 2009, artists Adam Latham and Rich Wilson have been performing as Skinjobs in galleries in London and around Europe, accompanied by a supporting cast of artists and musicians. The duo’s latest work in progress, a stage musical titled A Short Play in Black & White, choreographed by Jessica Nupen combines elements of the hit musical South Pacific (1949) with the anthropological observations of David Attenborough in his study of Papua New Guinea, Quest in Paradise (1960).Skinjobs’ performances are by turns droll and plaintive, and strike a note of blithe ineptitude through their mimed songs, hastily-scrawled masks, and improvised props. Their freewheeling routines, which are recorded to form video works, resemble the Theatre of the Absurd, street busking, folk recitals, and the Italian Commedia dell’Arte. They also compress an eclectic range of cultural and historical allusions, from Rogers and Hammerstein to the Elephant Man. 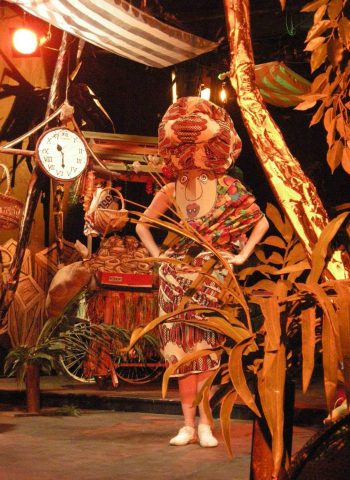 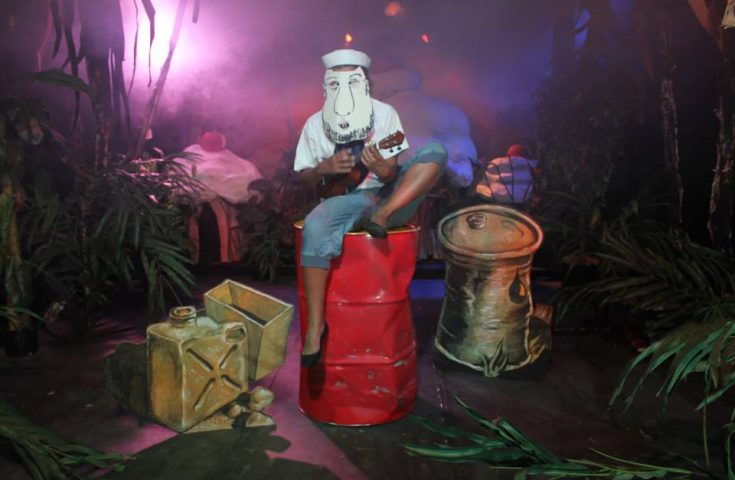 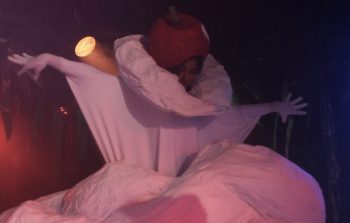 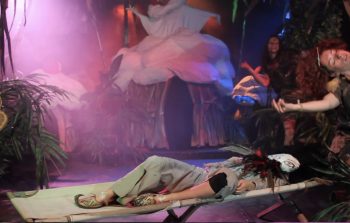 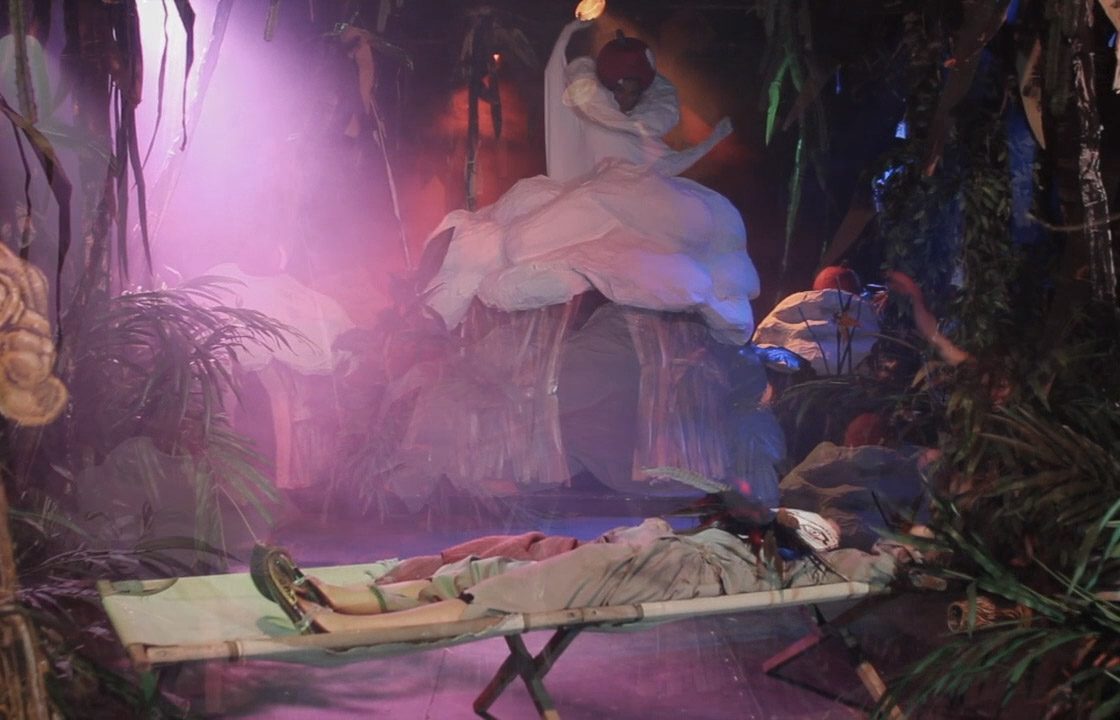