“Don’t Trust the Border thrilled with unbridled imagination and creativity”

“Rarely, does one see in such performances so much creativity, so much flourishing imagination in combination with a sophisticated choreography, light directing and dramaturgy.”

“She is one of the most exciting choreographers and filmmakers of the international dance scene.”

“With a mix of powerful and political dance theater and her trans-national approach, the choreographer Jessica Nupen conquers the heart of her audience by storm and is now among the most interesting newcomers.” Amelie Deuflhard-Director Kampnagel

“The 21st century has been defined by a rhetoric of fear. In times when everything is linked and webs of chaos masquerade as efficient systems, it is not clear whether we experience the symptoms, causes or dominations of fear.”

For her new work DON’T TRUST THE BORDER, Nupen creates an illuminating composition of borders where the viewer’s expectations and traditional ways of seeing are riotously subverted through a 360-degree stage design of four-gauze walls that the performers move and manipulate to reveal, incorporate and simultaneously separate the audience from the space. The malleable material beckons and bars the audiences’ vision synchronously using light design by theatre master Wilhelm Disbergen and post-WW1 projection illustrations by artist Peter Mammes.

In a world of displacement, how does one safeguard personal boundaries – personal power, the borders of the body itself, the space for uncertainty and improvisation, and what scope remains to manipulate and reshape them? The work is a daring exploration into the way in which different types of borders and boundaries impinge on our everyday lives, and the implication this has for the simple, human concepts of trust and openness. A thrilling piece of highly physical and theatrical dance with seven international and award-winning performers to an original score of ambiguous soundscapes and adrenaline infused electronic music woven together with sub- saharan African beats. 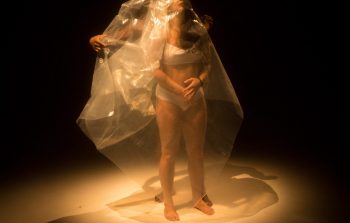 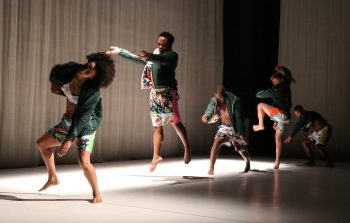 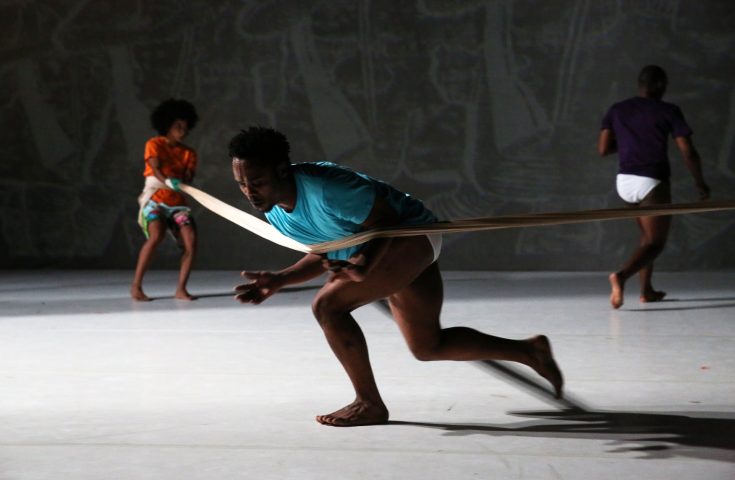 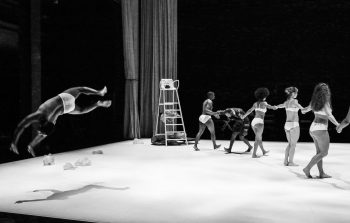 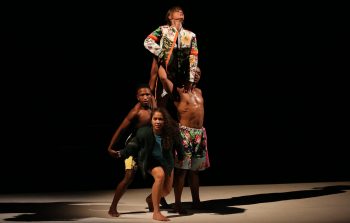 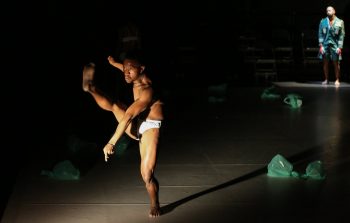 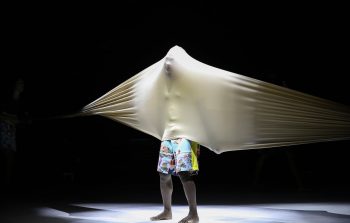 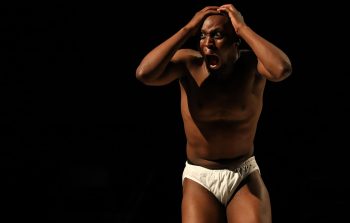 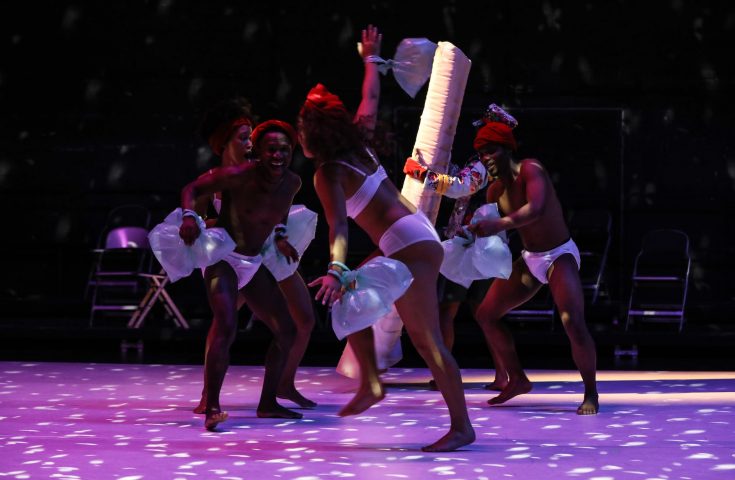 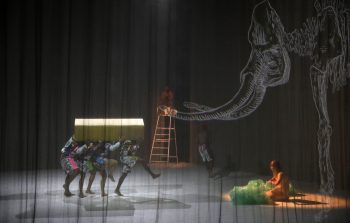 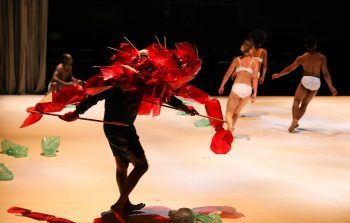